Departing Siem Reap, we were greeted by our wonderful team of flight attendants in native costume. Here, again, is lovely Margrét Gunnersdötter in Cambodian dress:

En route, I delivered a lecture on Indian religion and caste, and introduced the history and cosmology of the Taj Mahal. Four and a half hours after departing, we landed at a military base near Agra (avoiding the half-day bus trek from Delhi) and were whisked to the Taj Mahal. The streets were filled with bustling scenes of Indian life, which not all of the travelers were as enchanted by as I was. And, of course, the wandering cows: 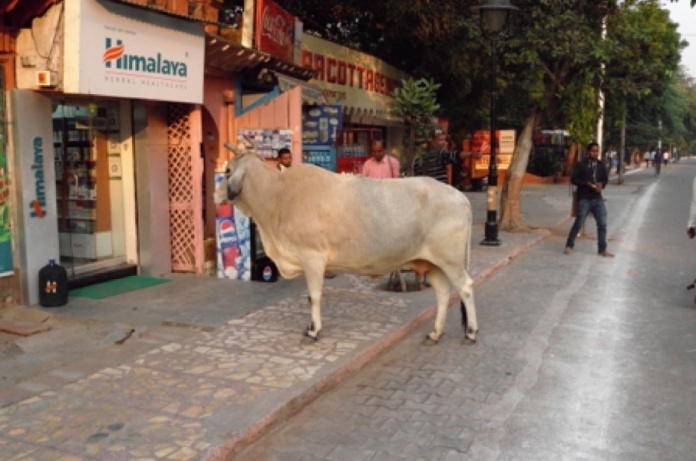 Security at the Taj is formidable, motivated one presumes, by the recent atrocities in Mumbai, and included a total body pat down, as women and men entered in separate lines. Here is a tough young (Sikh?) guard:

The Taj is as beautiful as it is reputed to be, although it is unfortunate that one feels compelled to actually enter it, with its central chamber densely packed with tourists and with little of interest besides the two empty cenotaphs of Mumtaz Mahal and Shah Jehan.

Some views of the Taj.

The Taj stands besides the Yamuna river. 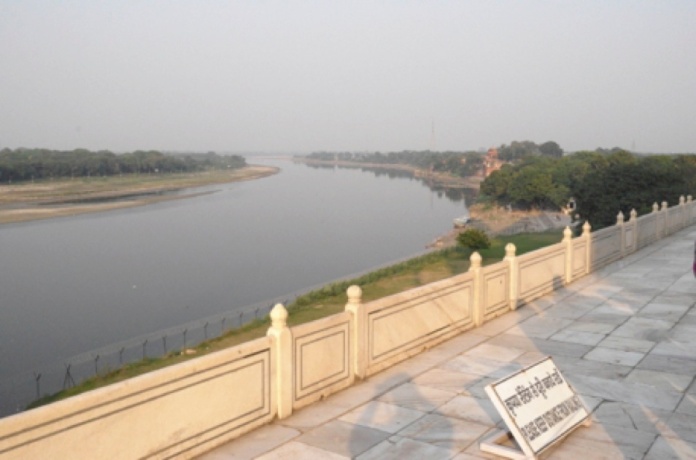 Some scholars have argued that instead of resting in The Taj (with its off center cenotaph for him), Shah Jehan planned to build a mirror image building on the far shore, covered with black marble. This has recently been disputed, but it is an evocative idea.

Back to the jet, we returned eastward for 50 minutes to land in Jaipur. While our stay here would take us to interesting sites, the real star of the visit was our hotel, the Rambagh Palace. Still the palatial residence of the Maharaja of Jaipur, a large section of it is managed by the Taj chain as a luxurious hotel. Pictures here will repeatedly touch on its grandeur. As one who has traveled long distances in India by train and stayed at very modest hotels (Matthew—my son—do you remember our fleabag in Jalgoon?) this was another universe.

Here we are being greeted at our evening’s arrival: 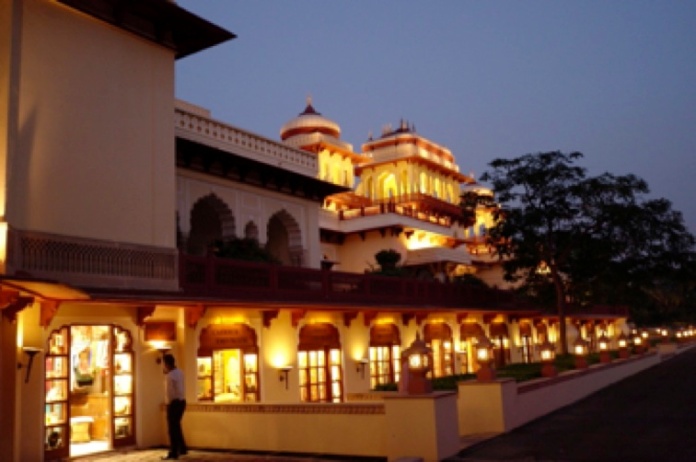 And here the indoor and outdoor swimming pools: 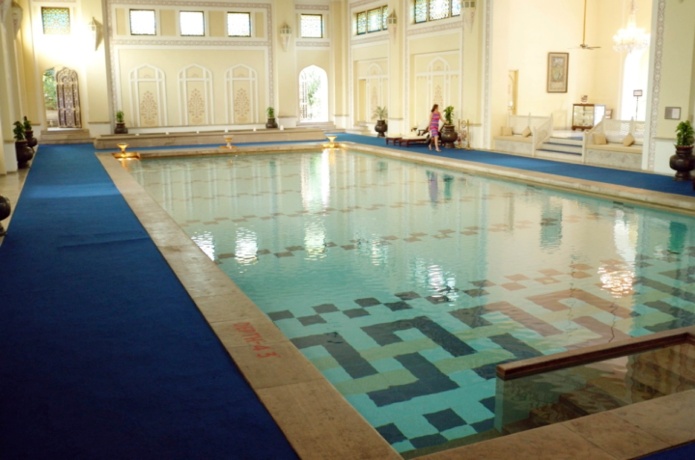 Guest rooms were no less palatial. Here is a glimpse of only a part of my suite: the rest could not fit into the picture.

Sleep came easily at the end of this travel day, although the Malarone I and others are taking now as protection against upcoming malaria risks in Tanzania produced some vivid dreams. In one I was surfing on twenty-foot high waves in the middle of the Atlantic.